The region’s stars were shining bright in Louisiana this weekend for the Region 3 Championships hosted by Leaps & Bounds Sports Center. There were many outstanding performances and smiling faces on the floor!

Most improved for AGSA and WOGA

Congratulations to all of the athletes and coaches on an outstanding season! Good luck to those headed to Nationals in Des Moines! 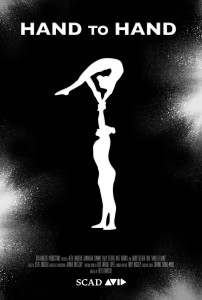 As the 2017 season dawns in Texas, we see new faces arrive onto the Acro scene, welcome some old friends back, and also say good-bye to those transitioning to new adventures. These yearly changes are to be expected within the athlete ranks, as the inevitable partner re-groupings occur, but it’s highly unusual to have all three phenomena occur within the coaching community during the same year. Even more coincidental is that all three of these events have one common thread: WOGA Gymnastics.

After beginning the Acro program at WOGA Gymnastics Plano in 2005 and serving as Head Coach for 11 years, Brandi Wren retired from coaching acrobatics at the end of the 2016 season in order to devote more time to her growing family. Brandi is a National Superior Rated Judge for Acrobatic Gymnastics and has served as a judge at numerous State, Regional, National, and International competitions. She also currently serves as a board member for the Gymnastics Association of Texas as well as a board member for Texas Acrobatics Association.

Brandi reflects on her time at WOGA in her own words…

“As I look back at my time as the head coach for WOGA Acrobatics, I am so very proud of the program and its successes. I never could have imagined the number of accomplishments the program would produce including state, regional, national, and international champions.

While at WOGA, I had the pleasure of coaching the first Senior Elite Men’s Pair in Texas.  Axl Osborne and Dylan Inserra had a historic 7th Place finish at the 2010 World Championships in Poland. In 2016, I coached Lydia Webb and Sladen Osborne at the World Age Group Competition in China.

In addition to World Championship appearances, I have had two groups earn international medals for WOGA. Lydia Webb and Axl Osborne earned a Bronze Medal at the 2013 Turin Cup in Italy, and Sarah Williamson and Riley Chimwala earned a Gold Medal at the 2016 Chmielewski Tournament in Poland.

I thank Yevgeny Marchenko and Valeri Liukin for allowing me the opportunity to begin the program at WOGA. It was a huge honor to work with legends of the sport of gymnastics. Although I retired from coaching, I know that Coach Slavik Kosakovskyy will take the program at WOGA to the next level and continue to experience great success.

So now, I move on to the next phase of my life. I get to enjoy raising my two beautiful children, Easton and AnnaBelle, alongside my wonderful husband, Andrew. There can be no greater joy than this and I look forward to watching my children grow and succeed just as I have watched my amazing WOGA athletes over the last 11 years.

I will remain involved in acro as a judge and look forward to watching Texas Acro athletes continue to dominate in the US and beyond!” 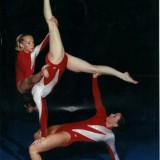 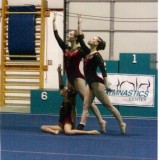 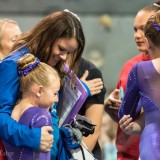 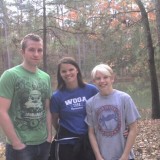 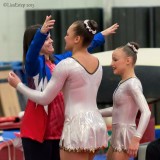 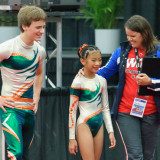 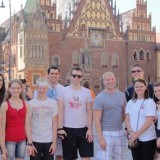 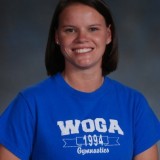 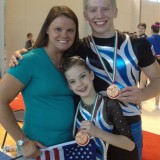 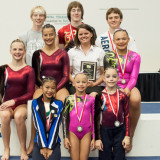 After the departure of its founding acrobatics team coach, WOGA launched an extensive search for a new head coach to the take the reins. Former Belgium National Team Coach, Slavik Kosakovskyy, was hired and relocated to Texas at the end of October, 2016.

Coach Slavik was born in Vinnitsa, Ukraine, and began his gymnastics career there. He was partnered in a mixed pair at the age of 12 and competed with the same partner until the end of his acro career, achieving many honors along the way. His pair was junior World Age Group Champion, and as seniors they won silver at the World Games and silver and bronze at both European and World Championships.

At the age of 23, Coach Slavik moved to Belgium and began his coaching career. There he coached numerous high level gymnasts in different disciplines including:

Coach Slavik welcomes the new challenges at WOGA, working in a new country with a different competitive structure as well as different approaches and philosophies about acrobatics.

At the present, Coach Slavik says the biggest challenges will be adjusting to the new system in the US and the team parents and gymnasts getting used to his approach. He hopes in the future to expand the coaching staff and recruit more athletes of different ages in order to create more groups. For now, though, he is focused on getting the plan started.

“I just hope that after my arriving at WOGA, acrobatics will become more popular and my plan will start working in order to be the best club in USA and in the world.

Thanks to WOGA for supporting me. We will make it together!” 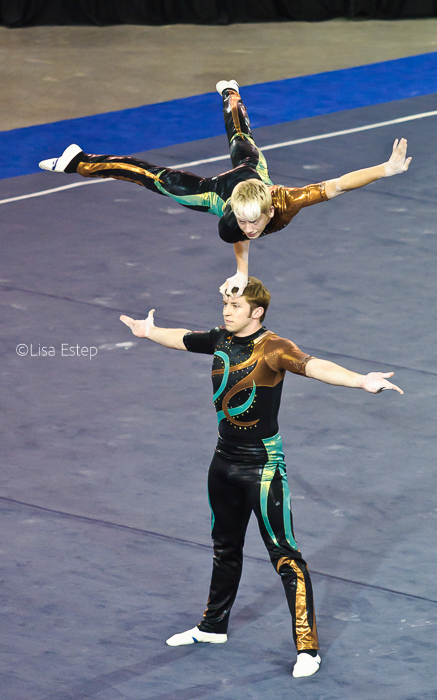 A new acrobatics team is competing this season from ASI Gymnastics in Dallas. In fact, the first local meet of the 2017 season will be hosted at the ASI Firewheel location in Garland, TX, on Feb 18-19.

Leading this program is a name  familiar to the Texas Acro community, Dylan Inserra. Dylan was the base in the first senior elite men’s pair in Texas, coached by Brandi Wren at WOGA Plano.

We asked Dylan what he remembered as the highlights from his acro career:

“Obviously, representing the USA overseas was a surreal and incredible honor. Beyond that, it was always a huge highlight doing the Elite exhibition routine every year at nationals. There’s something really cool and humbling about having younger athletes look up to you.”

Since retiring from the sport, Dylan spent several years trying to get into shows in Las Vegas. Although he got close, it ultimately it wasn’t meant to be. That’s alright with Dylan, though, as he says he now feels like things worked out exactly the way they were supposed to. After returning to the Dallas area, he spent a bit of time creating and developing the recreational and competitive Acro program at ASI and worked on finishing up school, which he had put on hold while he was competing.

When asked about his perspective on transitioning from athlete to coach, Coach Dylan remarked about the strangeness. “In one sense there’s less pressure because I’m not the one who’s going to be on the floor competing, but in another sense there’s even more pressure because these kids are trusting me to guide them the correct direction they need to go.”

Coach Dylan looks forward to a bright future for Acro at ASI and is excited to see new opportunities in for the athletes in the Metroplex.

“I definitely want to see the program grow and develop and highlight the unbelievably talented kids we have in North Texas.”

ASI Gymnastics introduced their new Acrobatic gymnastics program in 2016 and is available at ASI Lake Highlands, ASI Keller, and ASI Cypress. ASI Lake Highlands also offers an acro gymnastics team. This is available for any acro students who are at level 5-7. This team trains two-hours a week and will compete in their first competition this Saturday, February 18th and Sunday, February 19th beginning at 9am at ASI Firewheel. The Mardi Gras acro meet has over a 100 children participating. 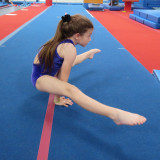 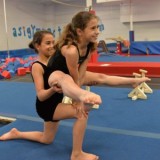 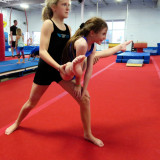